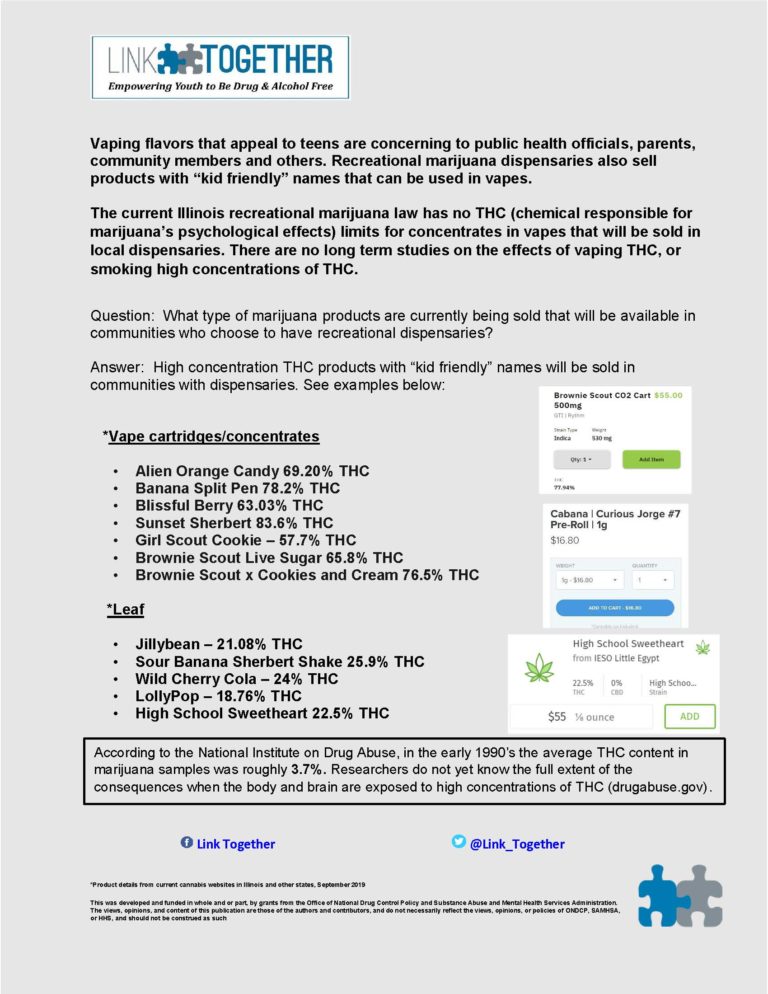 Choices that effect your future

FACT:  Everyone is NOT doing it. Most teens in Wheeling Township (Arlington Heights, Buffalo Grove, Mount Prospect, Prospect Heights and Wheeling) do NOT smoke marijuana and make healthy choices for their future. +

FACT: Regular use of marijuana in teens can effect memory, learning and intelligence. Lost mental abilities may not return, even if the teens stops smoking marijuana as an adult. *

Did you know that teen marijuana use has dropped dramatically since the late 1990s? So, if you were thinking everyone smokes marijuana, they don’t. Statistics show that about 7 percent, or roughly 1 in 14 teens, report using marijuana in the past month (SAMHSA, 2014). However, many teens do not consider marijuana to be a harmful drug. Some believe marijuana cannot be harmful because it is “natural.” But not all natural plants are good for you—take tobacco, for example.

One serious risk is addiction. In 2013, around 4.2 million people 12 and older had a marijuana abuse or addiction problem (SAMHSA, 2014). Marijuana is not as harmless as you may think.

Our goal is to give you the straight facts so you can make smart choices and be your best self—without drugs. And we hope you will continue the conversation and share this information with your friends, parents, teachers, and others. *

Read more about the effects of marijuana use in teens here.